Understanding education and education technology (“EdTech”) in Pakistan demands a perennial commitment to sociology and history. Unlike its e-commerce or fintech counterparts, EdTech and its viability (or unviability) turns on the varied ethnic, linguistic, and confessional commitments of Pakistan’s complicated and complex demographic profile.

You can persuade Bugtis from Quetta or Jatts from Gujrat to use Careem, FoodPanda, and Daraaz.

Convincing parents to pay for what feels like a distant, comparatively anonymized learning experience in English or Urdu through a tablet is a different challenge altogether—especially when the cost of private schooling has increased so greatly over the past two decades. Why shell out even more for content that might be marginally more beneficial than free YouTube videos on the same subject? As such, hiring a tutor who provides tuition services at home or at a neighborhood brick-and-mortar center continues to be the preferred option for parents and students.

So distinct is the EdTech challenge that to understand it, one needs to seek out analogies in almost logically heretical places. As with any heresy, an interesting candidate emerges: Cheezious. Pakistan’s increasingly successful and popular domestic fast-food chain offers some instructive value.

Cheezious has accomplished a feat that no other venture has at its scale—perhaps a feat that any successful venture, tech-enabled or not, wants to aspire to: replacing and even pushing out bonafide foreign competition. One simply needs to scour Islamabad and Rawalpindi for Pizza Hut. Fifteen years ago, the F-7 and F-10 branches teemed with newly emergent urbanites seeking entrance into international modernity. Soft garlic breads and chicken tikka pies were the norm. Appetites grew ambitiously.

Now, only one sparingly frequented branch remains in F-11. While Domino’s is no doubt a go-to for some, Cheezious’ incredible expansion in the past two years from the Twin Cities to smaller Punjabi locales (and most recently, Lahore) quells concerns that any serious competition between the two exists going forward.

Indeed, Cheezious is partly to thank for turning a widely popular American chain into a ghost of yesteryear. That’s because Cheezious was able to home in on the fact that—as one friend who runs burger joints put it—Pakistan is a “saucy qom.” For Pakistanis, a pizza without ranch or spicy mayo is just a roti with cheese and veggies sprinkled on top. Chai without sugar.

So deep is the Pakistani affinity for sauces that we would be hard-pressed to find anyone who has offered kabobs or croquets for guests in the drawing room without ketchup or chili garlic sauce.

And Cheezious cashed in hard, combined with high-quality service and immaculate eateries. The brand’s success has a meta-element to it: its secret sauce is the facticity of sauciness itself. Of course, broader macro factors—such as Pizza Hut’s global decline, poor service, financial woes, and subsequent restructuring—helped create a vacuum that Cheezious filled.

Distinct from what Cheezious did to Pizza Hut in Pakistan, EdTech, however, has yet to pose a credible threat to the traditional tuition model for both garden variety daily homework guidance and high-stakes competitive exams.

And unlike eating Cheezious pizzas and using the delivery services that ride on brand recognition (and the success of countless other brands), acing Matric or O Levels examinations is not necessarily made more convenient (or tastier) through a personalizable phone app or flawless facilities.

That isn’t to say EdTech cannot pose a legitimate challenge to the status quo. If Cheezious could clear out and effectively decimate internationally recognized brands that dominated the pizza space for decades in Pakistan, EdTech can do the same in respect of longstanding educational cultures.

The chief EdTech players appear to acknowledge this much: tuition services are never going away. Finding a domestically tailored alternative business model is the primary goal for startups such as Edkasa, OutClass, Noon, and Nearpeer—among others. These companies operate within a test prep and tuition market that continues to resist the technological impulses of an otherwise massively digitizing Pakistan.

What’s more, unlike e-commerce, healthcare, or personal finance, education is—as alluded to earlier—deeply political. It is precisely these dynamics of education that have stymied the beeline EdTech ventures are making, as one EdTech expert put it, for gold mines that hitherto remain undiscovered.

Or, to the pessimist, perhaps the fortunes don’t exist at all. Current developments in the broader conversation about education also reflect its torpor.

The Single National Curriculum (the “SNC”), which marks the beginnings of a federal effort to centralize Pakistan’s domestic curricula at the primary and secondary levels, relies upon a varied and occasionally weathered tapestry of provincial subject matter experts and bureaucrats to generate both the content that is studied and the support to implement it.

The SNC can be seen as a welcomed development—regardless of the criticism that it has drawn—ultimately because of its normative spirit: that some schema of standardization can be beneficial in leveling the playing field for the uneven quality of domestically produced content taught around the country (though instruction—for which the SNC also has programming— is altogether a different challenge).

The grit and commitment to forging a new path that relies on technology to deliver quality instruction for exam success remains the sounding bugle for the vast swath of EdTech troupers in Pakistan. Time will tell what approach works best.

Growth in the prevalence of high-stakes exams is likely to furnish the test prep space a well-deserved boost. Even shifting towards intellectual property rights may give the foregoing startups an edge. Such rights would protect proprietary gaming or instructional technology and pose roadblocks for others who engage in copyright infringement by plagiarizing the content or programming code.

On the other hand, a small but growing cadre of techno-educationists are opting to target an older demographic – with a different service.

atomcamp, for example, situates itself in the even more nascent space of continued (or continuous) learning. Its courses range from Maulauna Rumi’s poetry to data science bootcamps. The venture offers both edifying and practical knowledge for everyone, from young university graduates hoping to acquire technical skills and mid-career professionals looking to shift gears.

Where traditional education falls short, atomcamp—and certainly other as-of-yet-unknown or incipient initiatives—can structure and facilitate effective instruction that is free and clear of the stultifying red tape, unresponsiveness, and slow pace found in far too many university classrooms. And that too at a fraction of the cost (some atomcamp courses cost less than PKR 3,000).

The continued learning model is a separate niche that has the potential to be more agile than the university model—largely because it is:

The second point is most meaningful but also requires a cultural shift away from the “certificate” or “degree” culture, whereby many Pakistanis continue to believe that anything from attending a conference to completing a short corporate training course requires a certificate—which would be presented to a potential employer evidencing strong candidacy for a job.

But demonstrating proficiency in the workplace doesn’t necessarily need written validation. If a person can learn to code well or crunch numbers on an Excel sheet through a rigorous continued learning company, the incessant and anxious desire for a paper evincing little more than attendance falls away.

Vocational and skills-based training can generate the opportunities that so many Pakistanis seek. But they wouldn’t have to bear a colossal financial burden or burn years of valuable youth in schools that often result in no viable, sustainable job prospects.

Some socially conscious organizations also operate in this space. One example is Urraan, the non-profit arm of Abbottabad-based IT Company Codematics. Urraan offers digital skills-based fellowships and courses—such as animation, graphic design, and iOS/Android development—geared towards the youth, claiming that 75% of its graduates have (1) acquired local employment, (2) begun a startup, or (3) become freelancers.

EdTech’s Cheezious moment may come when it bests the prevailing bias for traditional tutoring and, in the case of continuous learning, systematically supplement higher education—perhaps even make it unnecessary for a chunk of the population to acquire a four-year degree.

When that happens, a classroom pizza party with Crown Crust pies from Cheezious would be in order. 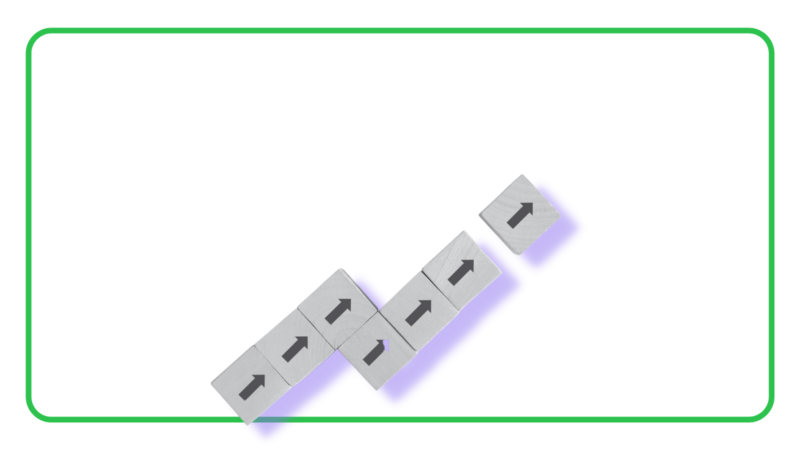 Running an effective funding round 

For early-stage technology companies, the fundraising process can be a very opaque one. Whether you are engaging with…
Learn More 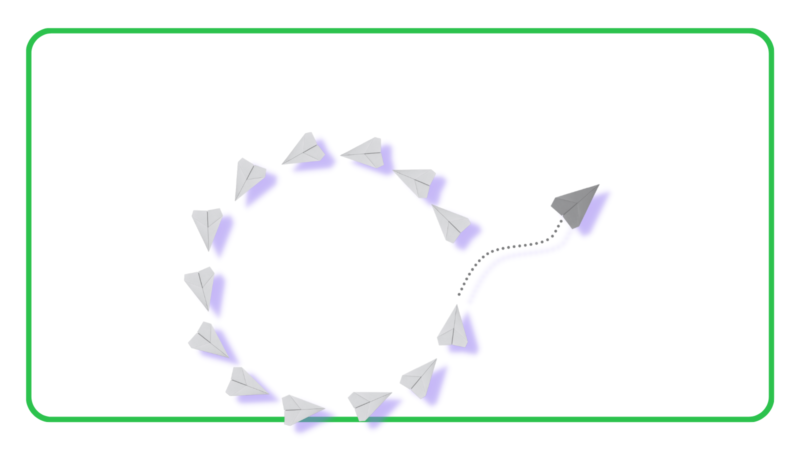 The global venture capital landscape is changing rapidly. Some of these trends are well documented, while others are…
Learn More 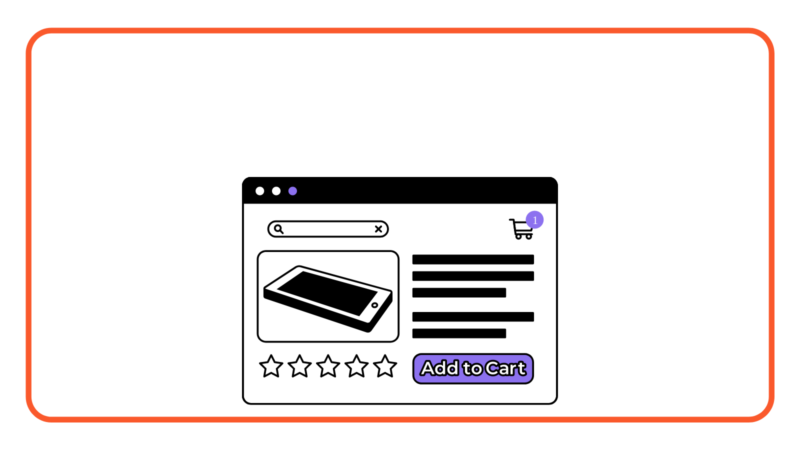 Pakistan was slow to adapt to the digital economy at first. Other countries embraced it more quickly than…
Learn More
Get a clear and concise summary of one startup-related news story daily-ish without leaving your inbox.
Keep me informed
Total
32
Share